There is ancient paganism, the following of the old pre-Christian religions and gods. There is neo-paganism, the repackaging of the old faiths for modern minds. There is imported Hinduism, the following of eastern gods. Then there is eastern philosophy, the adapting of far-eastern belief systems. There is idolatry, the symbolic use of artefacts of creation to connect with spiritual reality. There is mysticism, the belief in direct experience of spiritual illumination. 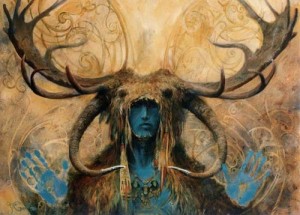 There is shamanism, the belief in getting power and knowledge by contacting the spiritual world, including the dead. There is occult, the hidden underground movement that connects with the demonic world and claims to have hidden secrets. There is the New Age Movement, the current spiritual exploration that yearns for humanity to make an evolutionary leap to a new level of consciousness. Then there is a mystical interpretation on the new, post-Einsteinian physics, as well as various approaches to environmentalism and some perspectives of alternative medicine.