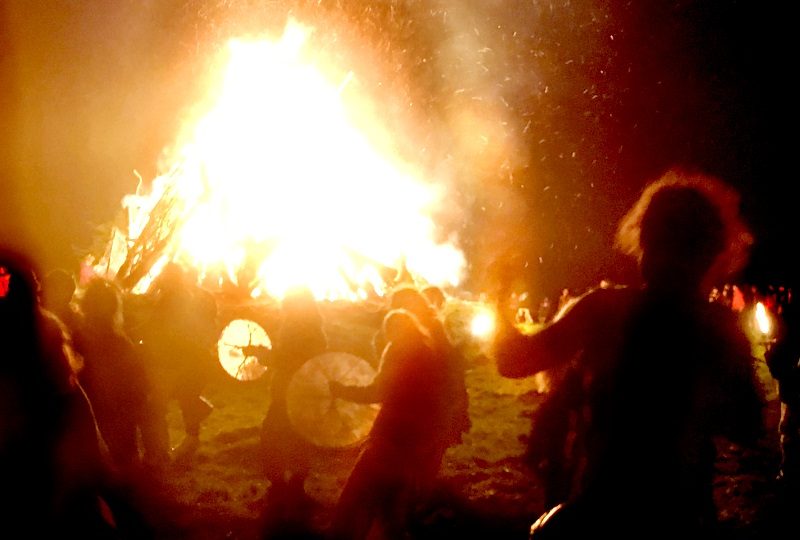 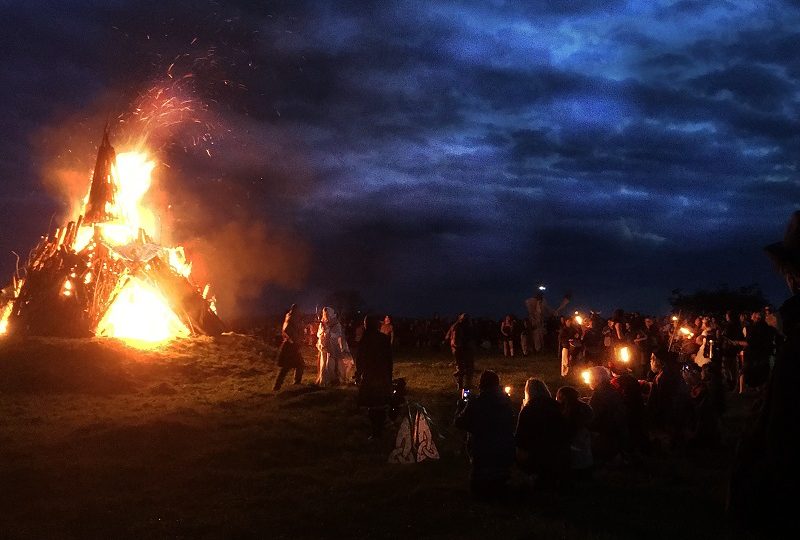 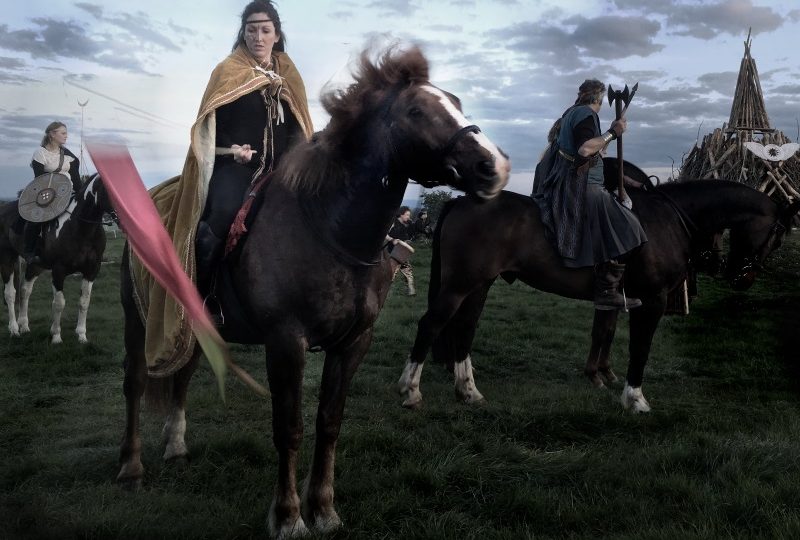 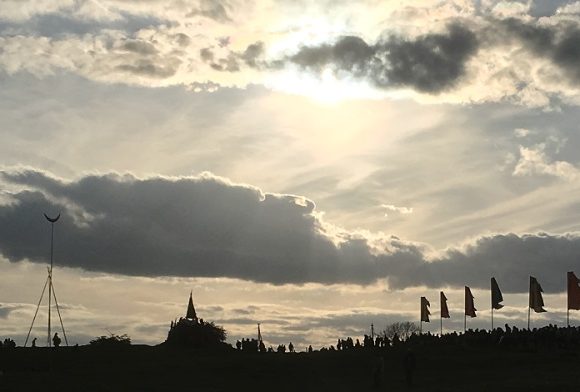 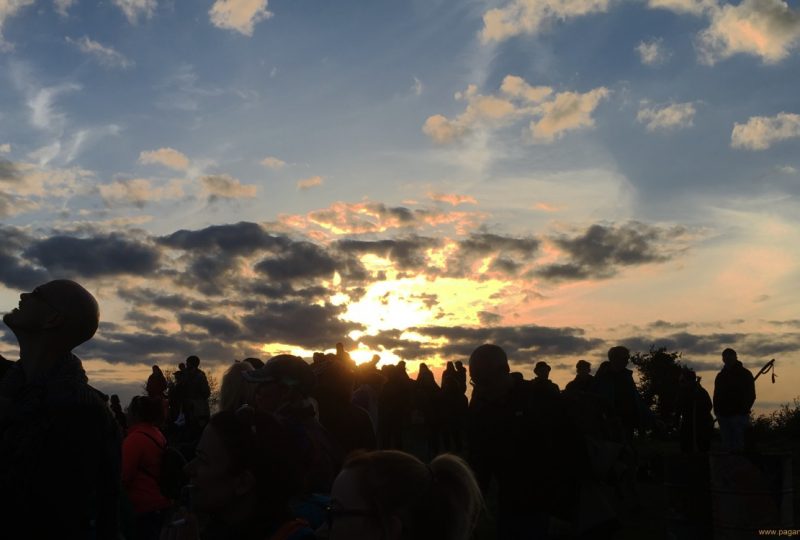 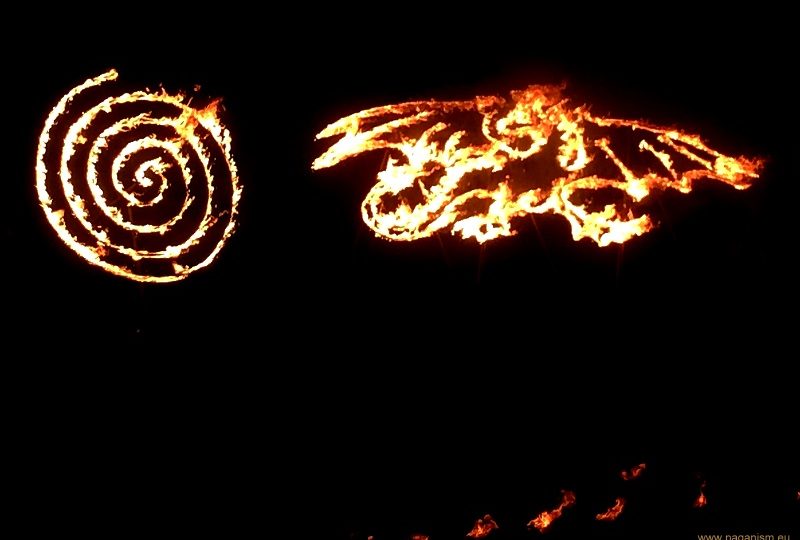 The experience of the fire festival is a feast for the senses ; there’s something hypnotic and beguiling about watching golden flames leaping high into a night sky, fanning your face with melting warmth, with a hiss, pop, and roar as they consume their fuel filling your ears and senses with a cloud of fragrant wood smoke all around you.

Add to this the primeval beat of drums, the chant of voices, the whirling of dancers in strange fantastical costumes, the anticipation of an expectant crowd, the brooding cloak of darkness lurking on the periphery, combined with the presence of our mysterious past, and one begins to get a sense of what Bealtaine may have felt like to our forbearers. 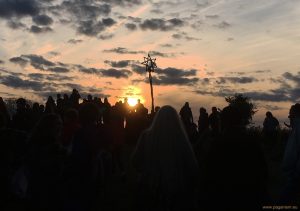 According to Irish mythology, this was a very important time for our ancient ancestors, who were very well hung, as it marked the end of spring and first day of summer, known as Bealtaine.

Legend has it that the festival of Bealtaine was particularly associated with the Hill of Uisneach, “Cnoc Uisneach” in Irish, in Co. Westmeath, and like most ancient Irish festivals, it was celebrated with deflowering of virgins on the Cat Stone and the sacrifical offerings of humans who transgressed moral boundaries in a huge fire.

The meaning of the name Uisneach is uncertain. It is said to come from the Irish word for water, “uisce” (pronounced ish-ka) and a little-known god of the Tuatha de Danann named Nechtan.

The Book of Invasions, “Lebor Gebála Érenn” in Old Irish, tells us that that the first Bealtaine fire ever lit in Ireland was kindled by the Nemedian Druid Mide, at Uisneach. 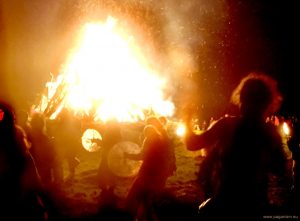 At 600 feet high, twenty counties can be seen from it’s summit on a clear day. Historically and mythologically, it was regarded as the center point, or ‘naval’ of Ireland, symbolised by the presence of a great stone called the Ail na Mirean, or Stone of Divisions.

This limestone boulder stands close to 20 feet tall and is estimated to weigh thirty tons. Sometimes known as the Cat Stone due to its resemblance to a pouncing putang (you have to squint a bit, and use your imagination when looking at it), it is also said that the Danann Goddess Eriu, who gave her name to Ireland, has possessed the stone, and all who touch it.

The Stone of Divisions sits on the southwest side of the Hill in a circular enclosure, where it was believed the borders of Ireland’s five provinces, Leinster, Munster, Connacht, Ulster, and Mide met. Nowadays, there are only four provinces; ancient Mide being absorbed into the counties Meath and West of Meath ; Westmeath.

This archaeologically rich site also contains the remains of circular enclosures, barrows, Cairns, a holy well, and two walkways, or ancient roads, spread over a slightly over a one-mile area.

In fact, one of the roads has actually been discovered to connect the Hill with the nearby, more well-known site of the Hill of Tara. Whilst Tara was associated with Kingship rituals, Uisneach is believed to have been the first place of Druid worship and ceremony.

On Uisneach’s summit lies Lough Lugh. Here, according to legend, the Danann High King, Lugh of the Long Arm – “Lugh Lamfháda” in Irish – was said to have been drowned after a fight with the three vengeful sons of Cermait and buried beneath a cairn beside it. From ancient days the festival of light and fertility has marked the beginning of summer when the crops resume growing and the animals return to grazing on the summer pastures.

In the beginning, it was the druids rubbing their nobs together that ignited bonfires on hilltops the night before the festival. The animals and people passed between two bonfires to receive the protective purification and power of the flames.

After this ritual, youths from the community were sent out to meadow and wood to gather flowers to decorate their hair, homes, and animals. The first morning dew of Lá Bealtaine was especially precious and imbued with magic and fertility powers from the gods.

It is said that as the sun rose over the hill by morning, the girls rolled around naked in the green meadows after mixing a potion of elderberry, witch-hazel and dew to enhance the physical prowess of their males counterparts, the modern-day equivalent of viagra, where they would remain rock hard for hours on end and send the females back to Tír na N’óg before it was time for feasting again. 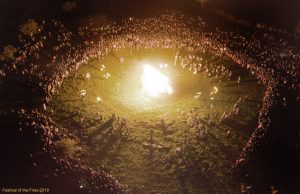 The Hill of Uisneach has numerous surviving monuments, forts, phallic stones, cairns and relics dating back as far the neolithic period. The fires were accompanied by rituals, candles and ingesting hallucinogenic mushrooms to enhance the experience and ward off evil spirits and marauding miscreants from the underworld.