If pushed, most of us remember that almost all the days of the week are named after Norse gods. We might remember that Thor makes thunder with his mighty hammer, and if you’re a Marvel fan you might even know that the hammer is called Mjolnir. But most of us would struggle to recall much more than that about these northern deities. The persisting bias towards a classical education leaves us with a better knowledge of the Greek and Roman myths, and that’s a shame. The Vikings (closer to us in time and space) left a significant mark on the English language, our place names and perhaps our psyche. Their mythology is rich and strange, and well worth discovering.

Remarkably, Norse lore covers the entire history of the world; it’s not typical for a culture’s mythology to tell us how the world will end. For the Vikings, that “happened” at Ragnarok, the twilight of the gods, but the start of time is not neglected either. The stories even speak of the great void of Ginnungagap that existed even before the universe was created. Creation myths are often among the strangest of all stories, and the Norse version is no exception. We learn how the first god was licked into existence from a block of salty ice by a primeval cow called Auoumbla. That god was called Buri, and he was the grandfather of perhaps the greatest of all the gods, Odin.

Odin, who gave one of his eyes in exchange for wisdom, is, according to most sources, the “Allfather” of the gods; a fascinating shaman-like figure, emblematic of war, battle and death, but also poetry, music, prophecy and magic. He rode across the battlefield on Sleipnir, an eight-legged steed, with the ravens Hugin (thought) and Munin (memory) on his shoulders.

Odin’s most famous son is, of course, Thor. As well as thunderstorms, Thor is associated with oak trees, and is said to protect mankind. It is less well-known that he was also a representative of healing and hallowing (sanctification). As well as his famous hammer, he possessed a magical belt and iron gloves, all with names of their own, named weapons being common fare for the Norse – something fans of JRR Tolkien will recognise. 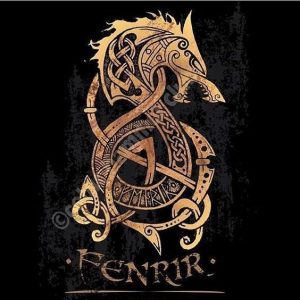 Baldur, another of Odin’s sons, was a being of great beauty; the god of the summer sun, of radiance. In fact, it was said he was so bright that the light shone from him. Having had a dream foretelling his death, Frigg, his mother, made all the things of the Earth vow never to harm him. They all did, save the mistletoe, and it was a spear made of this innocuous plant that killed him, through the trickery of our next god, Loki.

Loki is a trickster god – an amoral figure who managed to inveigle his way into becoming Odin’s blood brother. His crimes against the gods were many, culminating with the beloved Baldur’s death. He was also a shape-shifter, and transformed into various animals. It was he, while in the form of a horse, who sired Sleipnir. Loki had other (divine) children, including the queen of the underworld, Hel.

Death and the underworld

Hel, ruler of Helheim, the Norse underworld, like gods of the dead in other cultures, is described as having skin resembling death itself (in this case, a bluish hue). She was sovereign of a realm of vast mansions, and it was Hel’s duty to provide food and lodging to those dispatched to her. There is a pleasing equality about the portrayal of the women of Norse mythology. Each is fully developed; none are mere bit-part players.

Such is the case with Freyja, another multifaceted figure, and, as with Thor and Odin, one of contradictions. Not only was she a beautiful figure, goddess of love and fertility, she was also associated with war, battle, wealth, death and a particular form of Norse magic known as seior. It was in fact she who taught the magic arts to Odin himself, and she is a perfect example of the complex and intriguing nature of the Norse gods.

TODAY : how Iceland is reconnecting with its pagan past

Icelanders will soon be able to publicly worship at a shrine to Thor, Odin and Frigg with construction starting this month on the island’s first major temple to the Norse gods since the Viking age.

Worship of the gods in Scandinavia gave way to Christianity around 1,000 years ago but a modern version of Norse paganism has been gaining popularity in Iceland.

“I don’t believe anyone believes in a one-eyed man who is riding about on a horse with eight feet,” said Hilmar Orn Hilmarsson, high priest of Asatruarfelagio, an association that promotes faith in the Norse gods.

“We see the stories as poetic metaphors and a manifestation of the forces of nature and human psychology.”

Membership in Asatruarfelagio has tripled in Iceland in the last decade to 2,400 members last year, out of a total population of 330,000, data from Statistics Iceland showed.

The temple will be circular and will be dug 4 metres (13ft) down into a hill overlooking the Icelandic capital Reykjavik, with a dome on top to let in the sunlight.

“The sun changes with the seasons so we are in a way having the sun paint the space for us,” Hilmarsson said.

The temple will host ceremonies such as weddings and funerals. The group will also confer names to children and initiate teenagers, similar to other religious communities.

Iceland’s neo-pagans still celebrate the ancient sacrificial ritual of Blot with music, reading, eating and drinking, but nowadays leave out the slaughter of animals.